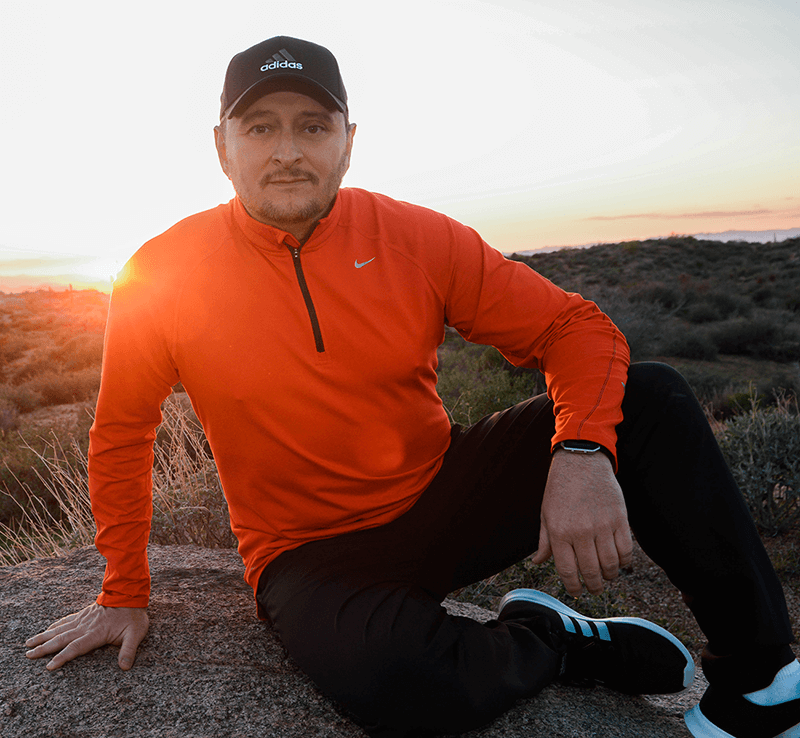 At the age of 22 my life was spun upside down. It was 1992. Earlier that spring I graduated from college and anxiously set out to make my mark on the world. But later, in the fall, my plans were altered when my father passed away unexpectedly.

I didn’t know it then, but that terrible event would launch me into a new journey that was going to reshape me into completely different man. After my father’s untimely demise, my life veered off into a completely new direction. I embarked on the path of self-discovery and mastery.

At fourteen I started a summer business and sold so much chocolate bars door-to-door that I had to shut it down because my supplier ran out of stock.

You could say that I was born an entrepreneur.

After my father passed away, something dawned on me for the first time; I realized that sooner or later most businesses fail. It was a profound realization. I realized that my life-long dream of becoming a successful business owner was ill-fated. It freaked me out. I don’t know why I had never thought about it before; I guess I was too attracted by the glory to think of the potential defeat.

At first, it created confusion in me. I was frustrated. All I had ever wanted was to own a business, now I had to confront the fact that my dream was going to be harder than I had planned for.

After a short bout of frustration something happened. It’s like a rocket was launched in my brain. I decided I was going to learn about business success. No matter what was going to happen, I was going to find out what made businesses successful. It was beyond me, a fire was burning in me, I had to find out. It became the most important thing in my life. It’s almost like I grew wings. The golden boy in me was awaken.

“No one invests in themselves until they believe they can make a difference.”
~Marco Robert

Today I believe that back then, subconsciously, I wanted to figure out how to succeed at the game of life, beat the odds and not end up like my father. Whatever my initial motivation was, it directed me on a beautiful, educational journey that took me all over the world. In the years since my dad’s death, I visited many of the most magnificent places on the planet. I met many awe inspiring people, and I even partnered up with some of them on business deals. It hasn’t always been an easy journey; no entrepreneurial journey is. But, over the years, I either worked for, got mentored by, partnered with, trained, coached or consulted or spoke in front of tens of thousands of entrepreneurs. Those entrepreneurial experiences changed my life.

In the twenty plus years since, I got a chance to live in a total of five countries. Who gets to live like that?

1. I was born in Canada, 2. I lived in the Bahamas, 3. I lived and owned businesses in Guatemala, 4. I retired in Mexico for a few months, and, 5. now, I live in the Silicon Valley of Northern California, USA. In the same timeframe, I also read hundreds of books, spent thousands upon thousands of hours listening to audio tracks, attended dozens of seminars, and worked one-on-one with many mentors and coaches who assisted me along my journey.

“Not reading, not trying new things and not learning is like having access
to the greatest computer in the world and refusing to program it.”
~Marco Robert

Together, all the books I read, the seminar I attended, the mentors who coached me, the knowledge I accumulated, the trips all over the world and all my personal business experiences (successes and failures); they have all taught countless amazing lessons about business and life. It feels like a dream. Sometime I think I’ve lived many different and blessed lives.

Today I can say that I am a completely different man than I was when my dad passed away. I have awakened!