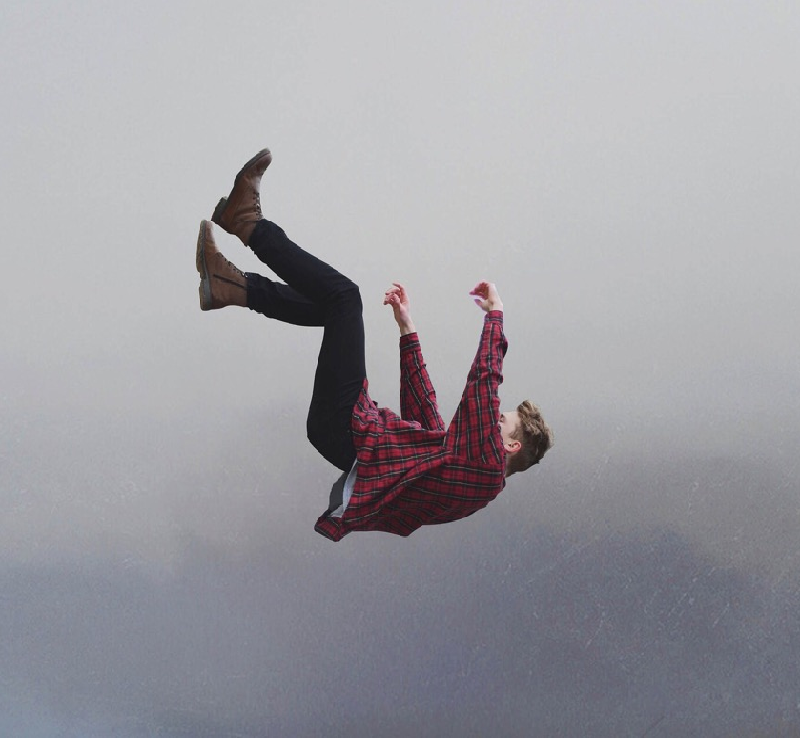 By the time we rung up the Y2K New Year, I had built a successful business, sold it, invested the proceeds wisely and had made enough money that I decided to retire for a few months. So in January 2000, I put everything I owned in storage and moved to Mexico from where I was managing my portfolio and trying to figure out my next business move.

That same spring, while I was enjoying my Mexican retirement, someone I trusted dearly, someone I had made big investments with, a friend; stole a lot of money from me.

Financially, and most importantly, emotionally, it was devastating. After being on top and “showing them I could do it”, now I had to crawl back home with my tail between my legs. In the end, the golden boy I was couldn’t figure out how to avoid business failures no matter how hard he tried. I was 30 years old and I felt like my life was a complete failure.

But within a few months I got back on my feet. I had reinvented myself as a business consultant and I felt that things were better. Financially thing were better, but emotionally I was a weaker man. I had lost my drive.

At that point, after losing a big chunk of my 7-figure fortune to a crook, I felt the world owed it back to me. I hate to admit it but, back then, I felt I was a victim, and I adopted a broken-person mentality. For about 6 years, instead of working hard towards a single goal, I was jumping around and looking everywhere for the right opportunity that would make me rich again. I kept myself really busy, convinced that I was striving for more. But I was not really accomplishing anything; nothing more than an average person. I was searching for wealth instead of creating it. I hoped wealth would come from the outside world instead of from inside me. I surrounded myself with the wrong people, the kind that are happy to have a job they hate, shop at Walmart, worry about what they will eat for lunch and dinner, talk about how they saved 15 bucks by buying branded things they didn’t need and like to discuss the news in an angry tone to make themselves sound important. Losers!

For a few years I allowed myself to slip to the dark side and hung outwith those losers. The funny thing is that I didn’t even realize I was doing it. The dark side is insidious and so appealing to the broken spirit of man.

“Life expands on a gradient scale, tomorrow you won’t be 10 steps ahead, but, if you are willing to start from your square one and build momentum, only your imagination can define where you’ll be five years from now.”
~Marco Robert

The truth is that, it was not as bad as it sounds. During those 6 years I made a lot of excuses for myself, allowed myself to fail, I was lazy and I was unfocused. But those failures turned out to be great lessons. I learned a lot about myself during those years. Plus, I was honing my skills as a consultant by working with business owners, I made some good friends and I started to formulate the basis of my wealth building model. It’s the same model I use today. I still use the same tool, except the difference is today I think differently. I’m a different person.

I am both grateful and humbled by my journey. One thing is for sure, over the years, all the tribulations and the ups and downs taught me more about running businesses than 99% of people out there.

If you have seen the movie “Taken”, the main character, played by Liam Neeson, is contacted by bad people who have abducted his daughter. Instead of panicking, he reacts with composure and he tells them: “I don’t know who you are. I don’t know what you want. If you are looking for ransom, I can tell you I don’t have money. But what I do have are a very particular set of skills; skills I have acquired over a very long career. Skills that make me a nightmare for people like you.”

Well, I could say something similar:

“I don’t know who you are. I don’t know what you want. If you are looking for a quick fix, I can tell you I don’t have one. But what I do have are a very particular set of business and life skills; skills I have acquired over a very long career; skills that make me invaluable to entrepreneurs like you.”
~Marco Robert